A few pictures and videos you won’t see this week 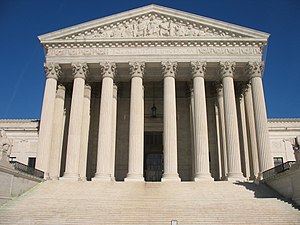 When the Supreme Court begins hearing six hours of arguments on Monday about whether portions of the Obama health care law are legal, there are few things you won’t see: photos or video from the hearings.

Several media organizations had petitioned the court for an exception to its customary ban on photos and videos given extraordinary interest. But no, the court said it would release audio and written transcripts within two hours of the hearings.

The case would have been a good opportunity to be a bit more open. In an age of Facebook status updates, Twitpics, and YouTube, justice seems blind to the times or technology.