Another look at recording police officers on the job 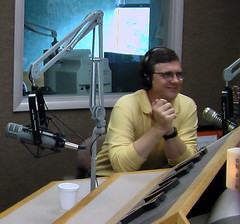 Police arresting citizens, including journalists, for taking photos or videos of them performing their official duties and seizing their camera or cellphones has become increasingly common.

Typically, the vaguely broad interfering with a police officer laws are used to stop audio, video or photographic recording.

University of Tennessee law professor and blogger Glenn Reynolds makes an argument for the constitutionality of recording police that does not hinge on the First Amendment and that covers the recording of police officers in private places as well as public areas:

“In an age of ubiquitous recording, citizens have already learned to expect that virtually anything they do outside of their home may be recorded by someone. Yet those recordings are usually controlled by others who have no obligation to retain them in order to protect citizens’ rights. Under these circumstances, a due process right of citizens to record their encounters with law enforcement (and, perhaps, other government officials) serves to level the playing field and to protect important liberty interests that may not always be fully protected by the First Amendment.”